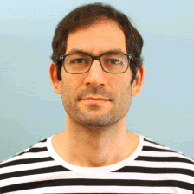 Born in Ankara in 1977. Çağlar Bocutoğlu studied Political Science and Administration at Bilkent University. He is the co-founder of Kolor Productions. He has been working in TV programs and commercials as a producer and line producer for the last 10 years. He had worked in more than 300 TV productions and commercials with leading domestic agencies and Brands as a writer and producer. In 2016, he produced a documentary entitled “Attention!” and the film won Best Documentary Award in Istanbul Film Festival. He was co-writer in TV Series entitled “Endless Love” was awarded from International Emmy Awards -Telenovela Winner. In 2021, he produced his first debut Geranium. The film was supported by German-Turkish Co-Development Fund, Medienboard Berlin-Brandenburg and Turkish Ministry of Culture. Geranium was selected for Cinephilia Bound Cannes, Meetings on the Bridge, First Cut Lab and also it was awarded as Best WIP Award at Connecting Cottbus. The film won, best debut award in Cottbus Film Festival. Moreover, it also won best actress, best cinematography and best debut award in Istanbul Film Festival and best debut in Ankara Film Festival as well.