David McMahon is originally from Birmingham, Alabama. He has a Master of Fine Arts from the Universityof California-San Diego. In 2004 David co-founded Apparition Productions, which produced both “Appartion” by Anne Washburn (Time Out New York Top 10 of 2005) and “Deathbed” by Mark Schultz Off-Broadway.

As an actor, David appeared in the world premiere of Sarah Ruhl’s “Eurydice” at Madison Repertory Theatre, “Apparition” at the Connelly Theatre; “Thrash” and “Norman Rockwell Killed My Father” at the O’Neill Playwrights Conference.; “The Female Terrorist Project” at the Chocolate Factory; “The Adding Machine” at Actors Theatre of Louisville, directed but Anne Bogart, the national tour of “Goosebumps” directed by Rupert Holmes, and “Tartuffe” at La Jolla Playhouse, directed by Des McAnuff.

David McMahon is the co-founder of Apparition Productions, which produced both Apparition by Anne Washburn (a Time Out NY Top 10 pick for 2005) and Deathbed by Mark Schultz Off-Broadway, with Bayou Blue being his directorial debut. His second feature documentary, Skanks, premiered in Slamdance in 2014. 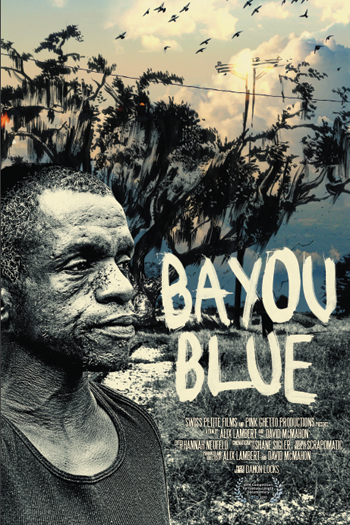