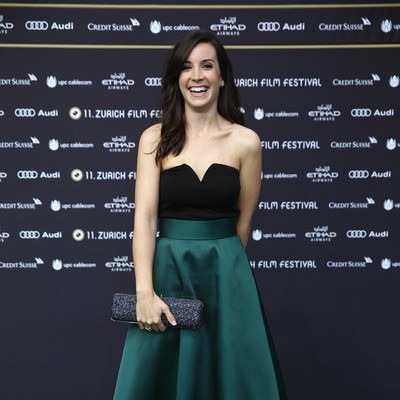 After graduating from the MFA Advanced Film Practice at Screen Academy, Irune produced feature film Pikadero which went on to screen at over 40 international film festivals, winning multiple awards including the Michael Powell Award for Best British Feature at Edinburgh, the FIPRESCI Award and Best Film in Kiev, the Critic’s Choice Award in Zurich and the Cineuropa Award in Brussels. The film gained further recognition from the Spanish Film Academy as an outstanding contribution to Spanish independent cinema and received theatrical distribution in a number of European countries. Pikadero has been described as ‘touching, absurd and visually striking’ by The Hollywood Reporter.

Prior to Pikadero, Irune produced the short film Patata Tortilla as part of the MFA Advanced Film Practice degree at Screen Academy Scotland, which won two BAFTA New Talent Awards for Best Drama and Best Script. In 2016-2017, Irune worked at Altitude Films in London as part of their acquisitions team. She has also worked as a Line Producer and as a script developer for feature films.

Irune attended Screen Academy Scotland where she graduated with an MA in Film, and later returned to complete her MFA in Advanced Film Practice, for which she was awarded the university medal for outstanding achievement. Between the MA and MFA, Irune spent a year in Dubai, working for a TV commercial production company.