Nikias Chryssos is an award-winning director & writer based in Berlin, Germany. He was born near Heidelberg in 1978 to Greek-German parents. Nikias studied Film & Video Production in England and directing at the Filmakademie Baden-Wurttemberg. He is an alumnus of the Residence du Festival de Cannes, the Berlinale Talents, the Karl Steinbuch Scholarship, the Saatchi & Saatchi New German Directors Showcase and the Masterclass The Hollywood Perspective at the UCLA, California. His films have been screened at festivals such as Berlinale, Tribeca, Rotterdam and Oberhausen and received numerous international awards. In 2012, he founded the production company Kataskop Film and produced and directed his first feature film Der Bunker in co-production with Geissendorfer Film (Berberian Sound Studio, Uncle Bonmee). The film premiered at Berlin International Film Festival and picked up the Next Wave Award for Best Film at Fantastic Fest, USA, as well as awards in France, Brazil, and Spain. 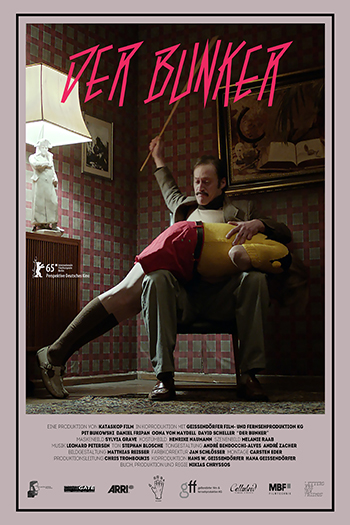