Paul Myers is a screenwriter, director, editor, and producer that currently resides in Brooklyn, who often writes his bio in the third person and always looks longingly into the middle distance in pictures. After graduating from NYU Film School in 2000 his senior film Putnam made the festival rounds starting at the CineVegas Film Festival in 2001. Off of the strength of this film he was accepted into the Fox Searchlab program at Fox Searchlight, which gave young, emerging film makers the chance to make a short film. That film, shot in 2002, was The Surrender at Appomatox.

From there Paul co-wrote and co-directed numerous short films including 2003's award winning Dicks and Janes.

In 2004 Paul made the jump to features with Southern Belles, a romantic comedy staring Anna Faris, Judah Friedlander, Frederick Weller, and Justin Chambers. Southern Belles premiered at the 2005 SXSW Film Festival, and made its debut domestically on Sundance Channel and DVD in 2006, and was distributed around the world.

His newest feature, 5 Shells, won Best of Fest at the 2012 Self-Medicated Film Expo, and Best Actress and Best Cinematography at the 2012 Victoria TX Independent Film Festival. 5 Shells was released on DVD and VOD by BrinkVison Entertainment in July of 2013.

After completing 5 Shells Paul became involved in the fine art world producing and co-directing pieces that have played at Art Basel in Switzerland and for the Whitney Museum of Art in New York.

As of this moment Paul works on Full Frontal with Samantha Bee for TBS directing, producing, and writing field pieces. He was nominated for a DGA Award for Directing a Variety Special for, "A Very Special Full Frontal Special" in 2017. 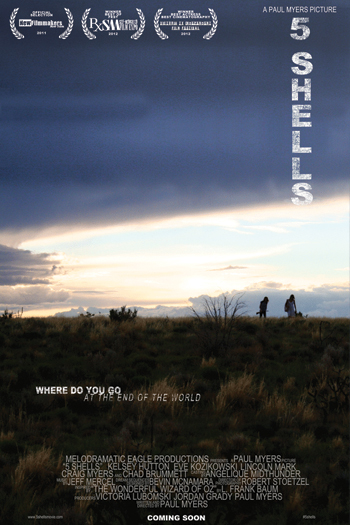