Sandra is an independent film director and writer. She was born and raised in Italy near Florence, and received her B.F.A. in Film and Television from NYU’s Tisch School of the Arts. She has written and directed several short films, including BACK WATERS, winner of NYU’s Nestor Almendros Award, SUNDAY MORNING, broadcast on the Independent Film Channel and shown at the Festival Nazionale of Sansepolcro. NICK, her latest short, shot in Harlem New York, premiered at The Huesca International Film Festival in Spain and was shown at the Concorso Nazionale Valdarno Cinema where it won the UNICA prize. Before shooting GIRL IN FLIGHT – LA FUGA, Sandra also worked as the writer’s assistant to David Chase, the creator and writer of the renowned American television series the SOPRANOS and the writer/director of the Paramount Pictures movie, FADE AWAY. 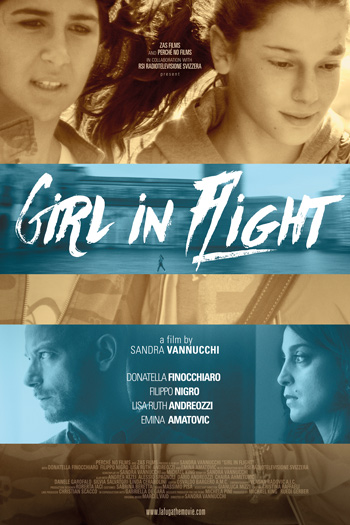