Two families who have known each other for years spend the long May weekend camping together as usual on the idyllic Danish island of Bornholm. However, the complex situation created by their children sets off a chain of events which turn what was originally to have been a promising, relaxing holiday into something akin to purgatory… The pitfalls of raising children, midlife crisis and partnership discord are the chief topics of this caustic comedy by Polish director Anna Kazejak. Together with co-scripter Filip Kasperaszek she brings us true-to-life characters who might on occasion seem ridiculous, cringeworthy or irritating yet, at the same time, they evoke a sense of compassion and sympathy. Because they’re like us. 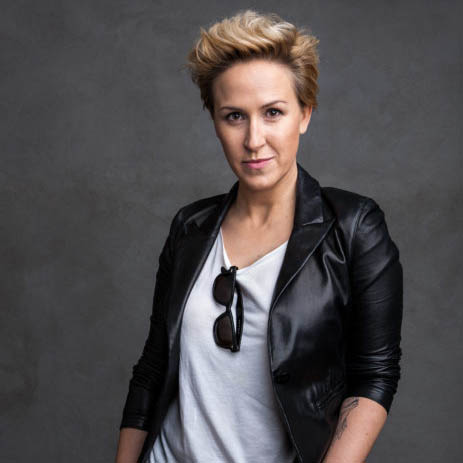 Anna Kazejak is an internationally awarded director and screenwriter. Prior to attending at the National Film School in Lodz in 2001, she spent many years studying film theory. In 2005, Kazejak and two of her friends from school decided to produce a three part film dealing with the economic migrations of young Poles. This film was the much-celebrated, Ode To Joy. The three directors not only won the hearts of critics, but won many major prizes. (Special Jury Prize - Gdynia Film Festival, 2005; Platinum Award for Best Low Budget Production - WorldFest Independent Film Festival, Huston, 2007).

This film was also the first Polish film to screen in competition at the Rotterdam International Film Festival. The first feature helmed by Kazejak was Flying Pigs, which was seen by a huge number of movie-goers. Her third film - The Word - had a Word Premiere at 64. Berlinale IFF, Generation Section and was shown over 40 internationals film festivals and received prizes. Kazejak stand out directing work in television was for numerous episodes of HBO Poland's version of In Treatment. She is a member of the European Film Academy and board member of Polish Directors Guild.