A dullard Texas entrepreneur reinvents himself as a cowboy in China's tech wild west, but finds himself at the mercy of corrupt American expats looking to reinvent him once more.

"Vividly out of its mind."

""Ghostbox Cowboy@ truly defies categorization, and remains so unpredictable that no single viewing can resolve the fertile ideas it puts on the table. [This film] has cult classic written all over it."

"Stylish, comic and shameless... Maringouin hasn't lost his flair for revealing the secrets of a place, even as he's bringing his own circus there. [...} A trade ware parable." 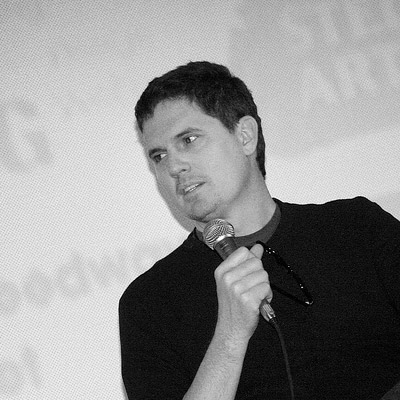 John Maringouin is an American film director. His debut feature, Running Stumbled, received wide critical acclaim and was referred to by Variety as a "phantasmagoric filmmaking debut". Maringouin received a Spirit award nomination for the film.