Filmmaker and commercials director Matthew Mishory was named a “rising talent” by Variety. His second feature, the documentary Absent, was filmed in the remotest reaches of rural Moldova in the former Soviet Union. It was designated a “must-see” film by Cineuropa. Cine Maldito named Absent one of the top ten films of the year.

Matthew's 2018 television film No Place of Exile, about the modernist composer and pianist Artur Schnabel, premiered on the Arte network. The film was shot in Switzerland, Italy, Vienna, and Berlin, utilizing unexpected textures (super8, drone footage, back-projection) and the great German actor Udo Samel to chart Schnabel's course through the emotional and physical landscapes of the European 20th century.

Matthew's feature film debut, the 35mm Joshua Tree, 1951: A Portrait of James Dean was released theatrically in the United States, the UK, and Germany. The San Francisco Chronicle declared Joshua Tree “mesmerizing and sexy”, and Artforum pronounced it “a nuanced portrayal of an entire era.”

Previously, Matthew's short film, Delphinium, about the legendary artist Derek Jarman, was permanently installed in the British Film Institute's National Film Archive. The film was subsequently re-released in the UK by the BFI as part of the year-long Jarman2014 celebration. In 2017, it was presented by the Tate Britain Museum in London.

Matthew is currently shooting the hybrid narrative-doc feature Mosolov's Suitcase in Moscow, with César Award-nominated actor Kirill Emelyanov in the title role. Based in Los Angeles, Matthew is a co-founder of the production company Iconoclastic Media. 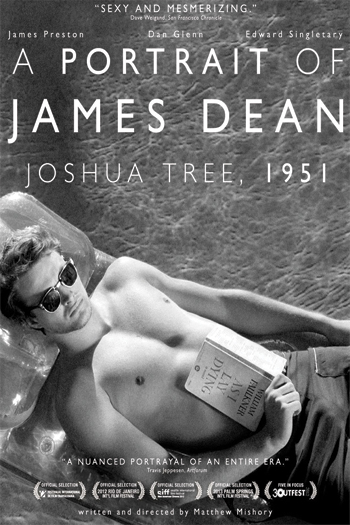